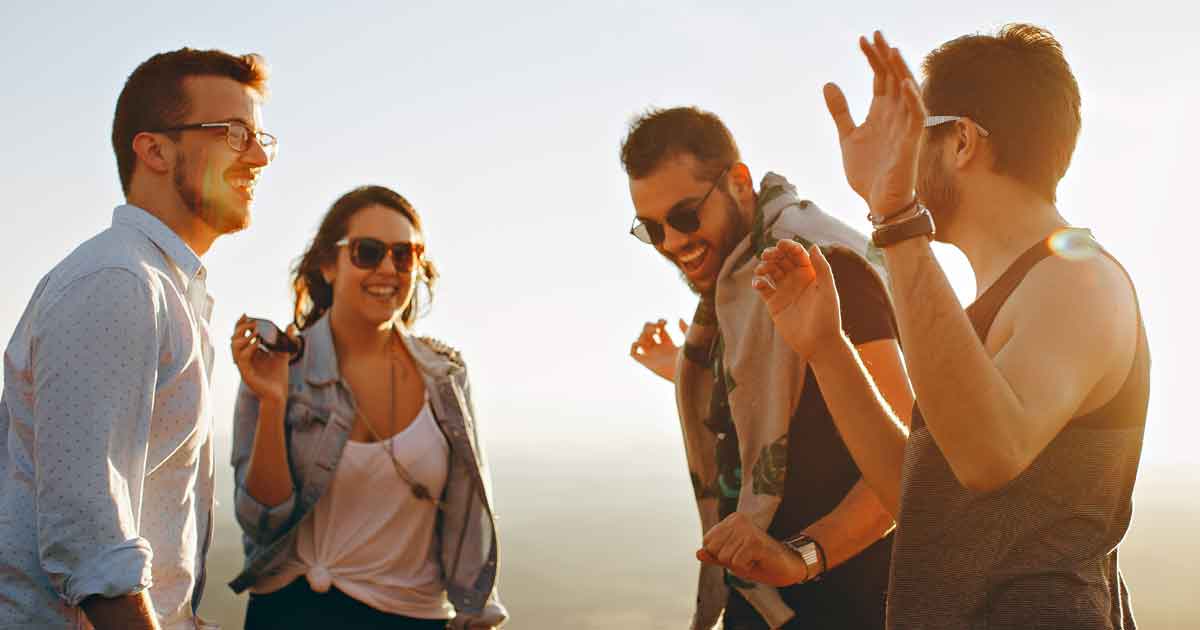 You've heard of the concept of Pay It Forward.

Many people use the phrase to describe doing a good deed for someone with no other expectation than that person doing something nice for someone else and so on, creating a chain of good deeds. Don't pay it back. Pay it forward.

Some people don't realize that the Pay It Forward movement was started by a movie of the same name, which was based on a book by Catherine Ryan Hyde. A seventh-grade social studies teacher gives his class an assignment to come up with an idea that could change the world. Trevor, one of the students, comes up with the idea that if you do a favor for three people and each of those people did a favor for three more people and it continues, then it's just a matter of time before it would spread across the whole world.

That brings us to my friend Dave Simon, former owner of Dave Simon's Rock School, who's taught thousands of kids how to play music and perform in a band. He emailed me the other day with an idea that he referred to as "Amaze it Forward."

Not too long ago, Dave went to the dry cleaner to pick up his laundry. He planned to stop by the Starbucks next door after picking up his clothes. As the owner of the store handed him his change, Dave thought about what he calls "doing a Shep Hyken in reverse." Dave asked, "Can I get you a coffee from Starbucks?"

The owner was flabbergasted by his kind offer and uttered, "Uh, uh ... sure. I'll have a Café Americano!"

He was so moved to have someone he served offer to serve him.

We love when we receive amazing service, and I'm sure we all strive to provide an amazing service experience for our customers. Dave's idea is to do something amazing for the people who serve you—the people who don't expect you do to anything in return other than paying them for what they sell.

One of our Shepard Letter subscribers, Jeff Scott, wrote in with a similar example. He was staying at a nice hotel in Japan. Before his departure, he wrote a thank you note in Japanese, using Kanji characters, and left it with a box of chocolates. Jeff said of his gesture, "Trying to practice being amazing, even when I'm the customer!"

The next time someone gives you an amazing service experience, Amaze It Forward by doing something nice for them. It could be a cup of coffee, a gift card or anything that will make them smile. When they thank you, let them know how much you appreciate them and that you hope that they will do the same for someone who is amazing to them. Being nice to others means they will be nice to you. Amazement works both ways! 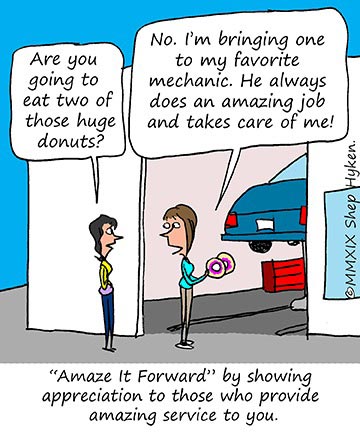 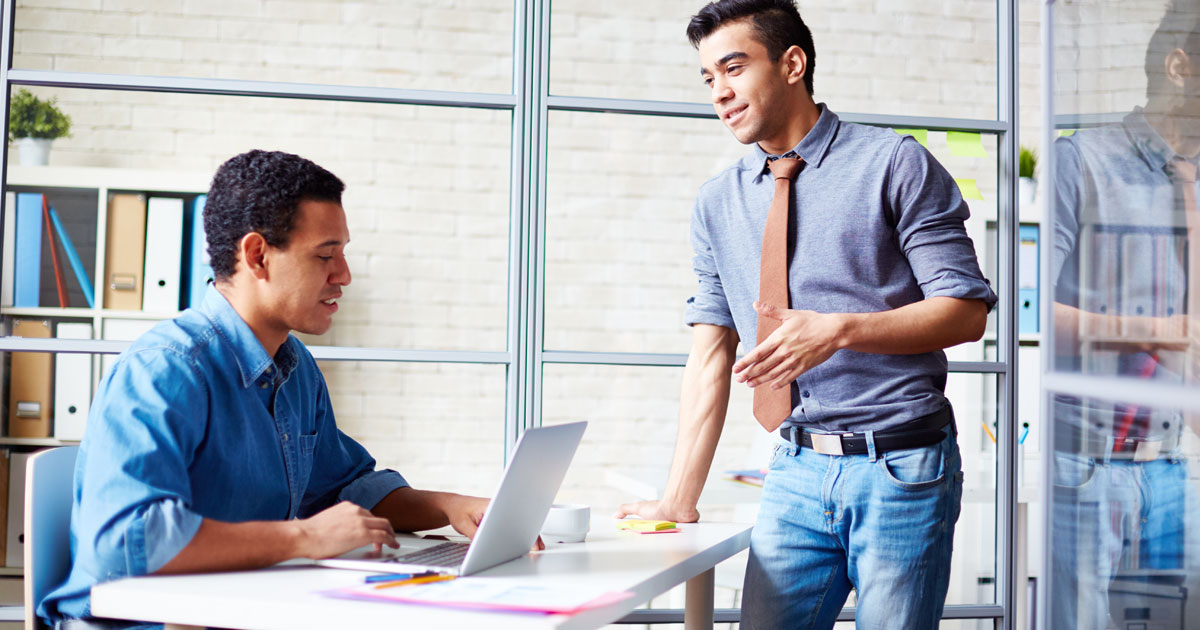 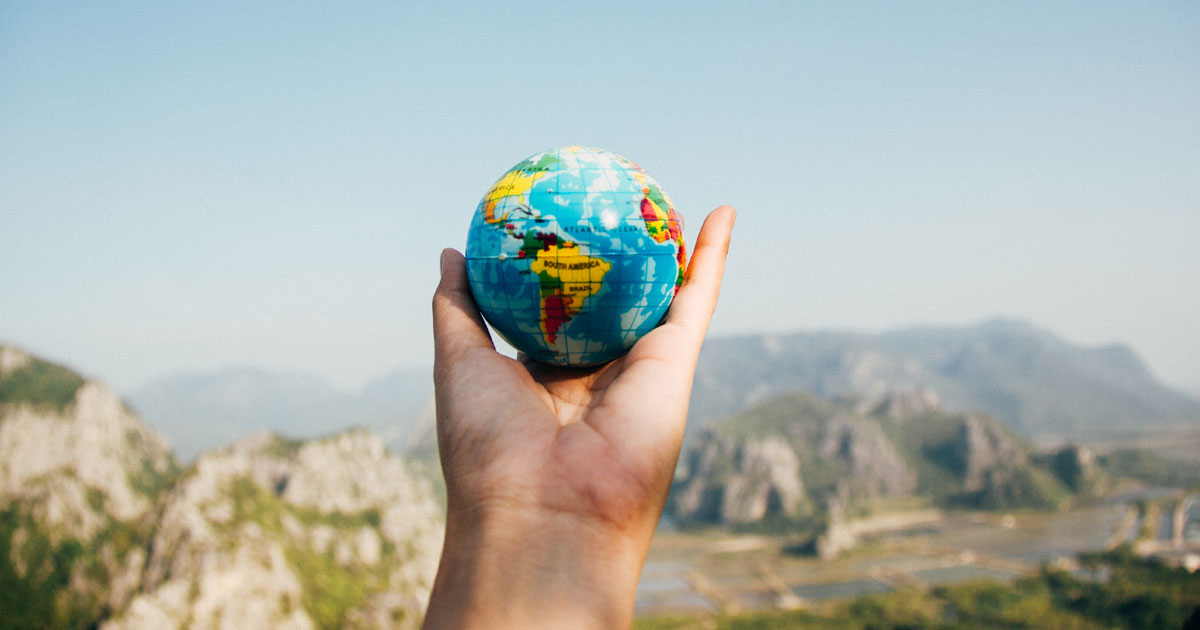 Make the Most of Your FAM 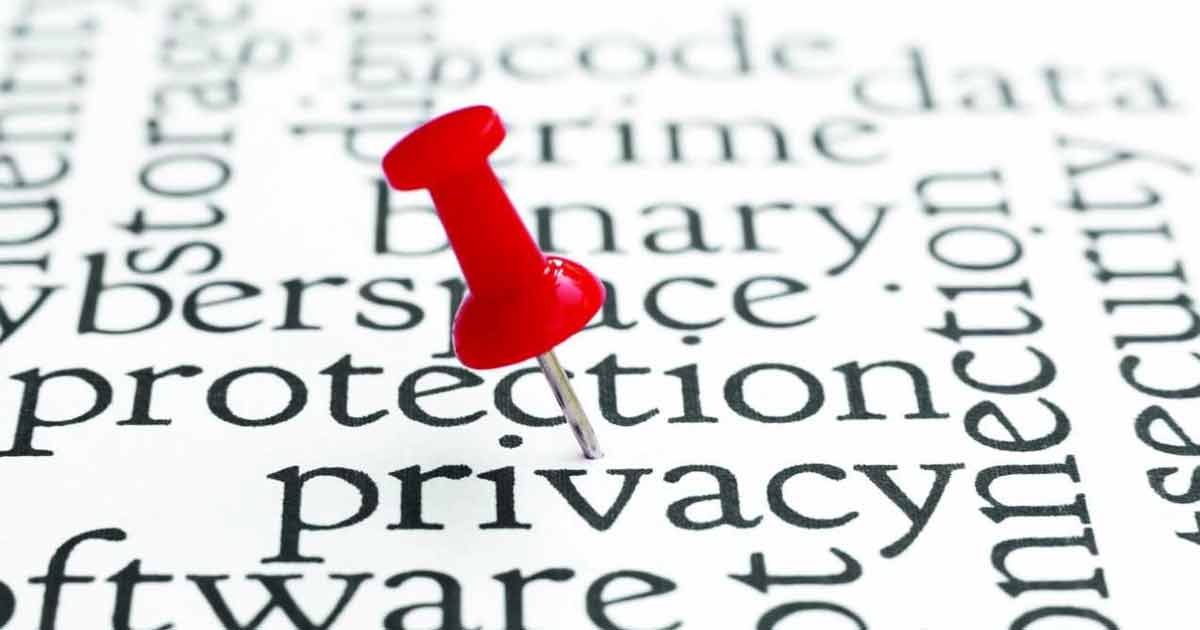