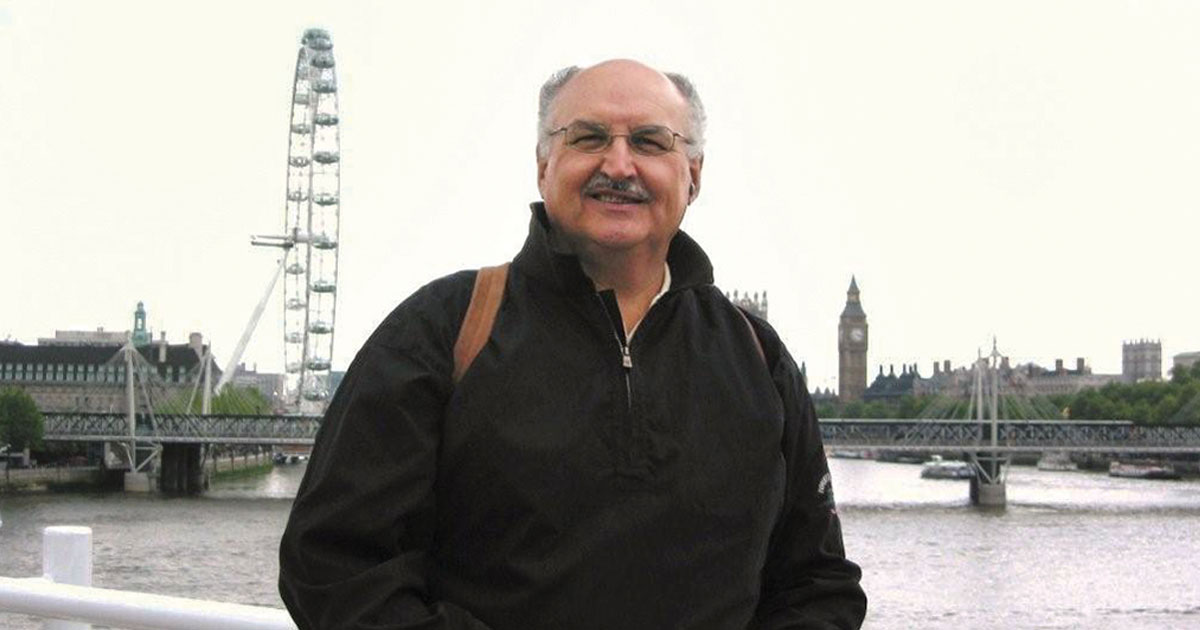 Reflecting on 50 years in the business.

E. Dallas Phillips talks about the industry, the educational tour company his father founded in 1953—Phillips Travel Service—and how it feels to pass the torch to others.

Trains, planes, and automobiles! When I started on October 1, 1965, my dad and my uncle were selling bus and rail tours to New York, Washington, Gettysburg, and other popular historic areas. So, I began traveling some on trains, and mostly on buses. Then the airlines were offering opportunities, and some schools would travel by air. We didn't have cell phones, faxes, computers or anything close. We had telephones, typewriters, and mimeograph machines. (Look it up, young people.) We drove thousands of miles, calling on schools throughout Michigan and Ohio, knocking on doors and seeking business.

We mailed a tour brochure offering great tour opportunities each fall and followed up with direct selling. We would sell at least three days a week, and then Friday and the next Monday get those proposals out, follow up leads, and do our thing. Our direct mail pieces included a business reply card, so after we mailed our brochures we would get a deluge of returned reply cards indicating a group's interest in a particular trip or just call us. Think about it: You have six to eight schools on the road and you have either driven with them on the bus or train, or driven ahead to meet a number of groups in DC or NYC—and you had no way to track their progress.

We did mostly Greyhound charters. We had to find a pay phone, call the dispatcher where we thought they were, and ask when the driver change was made so we had an arrival estimate. Compare that to all computerized, cellphone, and GPS tracking, and all kinds of other ways to keep up with your groups. We didn't even have 800 numbers, so groups would call us collect.

Then the air industry was taking off, mid- to late- '60s. After reading about a company that got special Saturday airfares to D.C., we pursued the idea of One-Day D.C. Air Tours for elementary students. The airfare we got was about $27 dollars for 11-year-olds. The first year we sold a one-day Washington Field Trip for $49 in groups of at least 50—air, local transit sightseeing bus with driver/guide, group photo, lunch at Sholl's Colonial Cafeteria, breakfast and dinner on the plane—and did 1,200 students on that plan. United gave us an entire DC-8 with 256 people, all at the discounted rate for one of those groups.

Those times, as you all know, don't exist. So to kind of finalize, major changes were communication, transportation, and the transition from traditional senior class trips to the surge in upper elementary, middle school, and performing group travel. As a retail agency, the major change was deregulation of the airlines industry and the resulting security demands after 9/11.

Being a softhearted guy, easily driven to tears by music, family, and the like, those years until November 9, 1971, with my father and uncle working as a family, were the first highlights—continuing when Jennifer, our daughter, came to work for us and was my right-hand gal for 10 years until she decided she wanted to have a family and start her life. So, family has been the highlight. Kristin, our son's wife, has worked for us now for a number of years and my cousin Dean Phillips has been with us since 1998 and is our "premier" tour director, known throughout the land for his silly jokes that eighth-graders eat up, his commanding leadership from a career in the Army, and his most emotional personal testimony he shares at the Vietnam Wall with each tour. Throughout the Phillips Travel history, my sister-in-law, Susie Phillips; my sister, Carol Lynn Bourns; and, of course, my dedicated wife, Gretchen, have all worked here. I asked Gretchen to come to work in 1978 to "help" with the books, and she finally made me retire her two years ago. My father had four brothers and five sisters, and from those 10 children there are over 500 years—yes, 500—of travel experience from railroads, airlines, tour companies, to retail travel. It is in our blood, and having family at my side has been a major highlight.

Working with my father to furiously get our bid ready for the University of Michigan official Rose Bowl trip back in my first year was exciting. We, of course, didn't get the bid. Conlin Travel, who did, is still the "Bowl Tour" expert.

Also exciting was meeting then Vice President Gerald Ford when in D.C. with a Michigan elementary school. Hearing him tell a bunch of sixth-graders, "You can disagree, without being disagreeable" has stuck with me. Even though I struggle to act that way all the time, I will never forget that.

In 1969, we had about 800 students ready to fly to NYC from Detroit, Easter week. We came out of church on Easter Sunday having learned the airlines went on strike, and we rescheduled and chartered buses for all these groups. It doesn't seem like much, but imagine trying to do that in 2015; there wouldn't be any buses available.

Fifteen years ago I had an opportunity to do a trip to Amsterdam for a University of Michigan art history professor. This was a direct result of a student group relationship and a satisfied band trip planner sending it our way. It turned into about 15 trips to Europe with "older" students interested in art history. It was a fantastic opportunity to see Italy numerous times, plus Spain, France, England, and the Netherlands. This all culminated as Gretchen and I planned a "FRIENDS" Italy trip of 18 days for 11 couples in 2005. It was awesome, and a real treasure.

I was born traveling in a traveling family. It's been in my blood since I can remember. From the smell of the locomotives and diesel bus exhaust, to the laughter and smiles of young lives being impacted, I've loved it. Traveling even to the same place over and over never got old. Washington is as beautiful as New York is thrilling. The addition of Walt Disney World and tours to Orlando kept me looking forward to sharing these with our students. Throughout the ups and downs of the world economy, world politics, and life's challenges, this has provided a great life for my family and me.

Quit looking at your personal devices: Look into the eyes of your students, your peers, your suppliers. Build relationships. Embrace new experiences. If you put in the time, you'll be rewarded. Be honest. Don't cut corners. Right is right! For 50 years, this industry has been recession-proof, national tragedy-proof, and political screw-up-proof. Your parents will continue to support their students traveling, through thick and thin. Stay with it and work hard and you will be rewarded. Lastly, embrace SYTA and its members. There are great people in SYTA, and it has been great to get to know so many who have the same things in common as I did. It helps to have a peer to bounce a question to.

God is Great! Have faith and believe and you can do it. Be honest, and you will be rewarded. Treat people the way you want to be treated. Laugh! One of my favorite sayings is, "Life is short. Live large."

Over the past five years or so I have had two or three opportunities present themselves that would have been possible sales of the business. I can tell you that each of these was to men or women or companies built on integrity and hard work. Eighteen months ago, when I became serious about wanting to retire, I began talking with Apryl and Corey Black about the possible sale. I, of course, did some research on who they really were. I had known of them for the past few years through SYTA, but didn't have a personal relationship. Everything I heard indicated that they, too, were honest and operated with integrity. I'm happy for our clients. Darla Goudie is a fantastic addition to the Green Light Group Tours team and, once things settle into the model they want Phillips Travel to be for them, will help them grow their business while continuing to take care of the great relationships we've built with our clients. Darla will continue what she and I have built, and Apryl and Corey are great business owners with respect for what my father started in 1953 and I continued for the past 50 years.

Now, it's time to get to the banks of the Au Sable River in Grayling, Michigan, for some R & R. Stop by for a glass of wine on the deck!

Edited by Amy Charles and interviewed by John Krish.

© 2022 Groups Today - All Rights Reserved. Read our   Terms and Conditions