Considering a visit to The Great White North? Ontario, Canada's second largest province, has so much to offer groups, it can be hard to know where to begin. Nestled between Manitoba and Québec, it covers 415,000 square miles, and, as the most populous province, it contains more than 38% of Canada's entire population. Wow! It also borders the U.S. for more than 1,600 miles, abutting Michigan, Ohio, Pennsylvania, New York, and Minnesota. That means plenty of access points for tour operators to steer their motorcoaches.

Keep reading as we zero in on attractions and activities in and around Ottawa, the nation's capital city, as well as zero in on Toronto, capital of Ottawa. Trust us, there's no shortage of things to do! And, with a wealth of historical and cultural significance, there's a lot to learn along the way.

Looking at Ottawa as a whole, our friends at Ottawa Tourism have helped us narrow down some of the more interesting—and group friendly—sights and sites.

A great place to start is with Indigenous Experiences, an organization that creates events and encounters that tell the story of Canada's First Peoples. Their current offering is Mādahòkì (share the land) Farm, a gathering space located in Ottawa's Greenbelt focusing on agritourism, authentic cultural presentations and performances, and farm-to-table cuisine—all from an Indigenous perspective. Set on the territories of the Algonquin peoples and their descendants, the farm hosts a series of events celebrating the seasons, and serves as a permanent home to five endangered Ojibwe Spirit Horses. On site is also a marketplace that promotes works by Indigenous artisans. Mādahòkì Farm welcomes groups with special programming and workshops, in addition to boasting ample parking and a large indoor lodge. 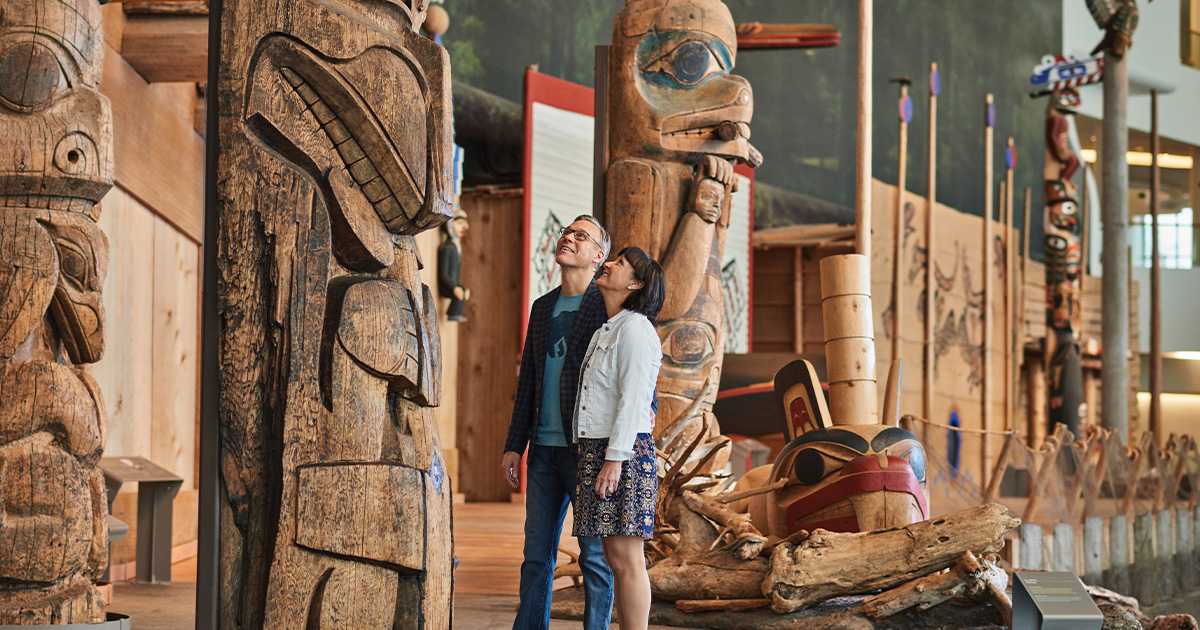 With a greater understanding of the region's past and its native inhabitants, groups are primed to explore the province's many landmarks and points of interest. Take in exhibitions at the National Gallery of Canada and the Canadian Museum of History (just a hop over the Alexandra Bridge into Québec), then head over to Ottawa's Parliament Hill to view striking examples of gothic revival architecture. Nearby is the National War Memorial, a towering granite and bronze arch that commemorates the service of the Canadian Armed Forces—from years gone by to today and beyond.

Just steps away is the Rideau Canal, a UNESCO World Heritage Site and the oldest continuously operated canal system in North America. In winter, it's transformed into the world's largest skating rink; in the warmer months, it opens up for scenic boat cruising through downtown Ottawa. To really get a broad view of Ottawa, an absolute must is a sightseeing tour by Lady Dive Tours. Whether you choose to go by amphibus (yes, it traverses both land and water) or one of their open-top, double-decker buses, each excursion is led by knowledgeable guides and offers a relaxing way to see the city. Combination tickets, as well as two-day passes, are available so groups can get more bang for their buck.

Other experiential activities include C'est Bon Culinary Adventures and Escape Bicycle Tours & Rentals. Groups can take a gourmet food tour, guided by C'est Bon experts, and get a taste of the savory and sweet sides of Ottawa. They also host a variety of in-person cooking classes for smaller groups. Once everyone is sufficiently sated, hop on a bicycle rental and pedal around urban landscapes, outer neighborhoods, and natural areas. And, an evening show of the dinner musical "Oh Canada Eh?" by Totally Legit Productions should absolutely be on the agenda.

Of course, there's plenty more to do O-Town, but group planners will want to carve out time in their itineraries to venture into Toronto, too. Let's head there now!

It's around a four-and-a-half-hour drive from the heart of Ottawa to Toronto, but a great way to break up the ride is to make an extended stop in Kingston for a leisurely river cruise aboard St. Lawrence Cruise Lines' Canadian Empress—a replica steamboat reminiscent of bygone days. Meander through the 1000 Islands, an archipelago comprised of 1,870 islands, and feast your eyes on lush scenery, sheltered coves, lavish mansions, castles and summer homes, and interesting ports of call. Short cruises, as well as those that span several days, are available and special group rates apply. Meals, shore tours, on-boat activities and entertainment, and more are included in group packages. Beyond Kingston and the 1000 Islands, cruises can extend to Montréal, Québec City, Ottawa, and Upper Canada Village.

Step back onto dry land and make your way to "the 6ix," where more attractions and adventures await. Area authority, Destination Toronto, is a great source of inspiration to maximize your visit. When it comes to landmarks, essential stops include the CN Tower, with its observation decks, revolving 360 restaurant, and exhilarating EdgeWalk, and Casa Loma, a majestic European-style estate and gardens with secret tunnels, stone towers, a photography exhibit, and a collection of early 20th century cars.

Toronto has a number of museums to explore, many with a strong Indigenous history presence, including the Royal Ontario Museum, Art Gallery of Ontario, McMichael Canadian Art Collection, and Black Creek Pioneer Village. There's also the Museum of Illusions, which features amazements at every turn. Games, holograms, visual curiosities, gravity-defying rooms, and mind-tricking installations mix fun with a bit of wonder. Groups are encouraged to book their visit about two weeks in advance. Also, be sure to set foot in Bata Shoe Museum and dip your toes in the marine world of Ripley's Aquarium of Canada.

Performing arts abound in Toronto, and two standouts are Toronto Symphony Orchestra and Mirvish Productions. The Symphony, which features world-renowned artists and performs primarily at Roy Thomson Hall, is celebrating their 100th anniversary with their '22/'23 season. In addition to popular holiday offerings, upcoming '23 highlights include Mozart Requiem, Gimeno Conducts Beethoven 5, Mandolin Magic, Tchaikovsky & Ravel, and more. Groups enjoy a savings on ticket prices and fees, and can select special add-ons for meals and beverages.

Mirvish Productions is a conglomeration of four theatres, all located in the heart of Toronto's downtown entertainment district. Their Main Stage series features big-name, blockbuster shows and musicals, while their Off-Mirvish series presents smaller, more contemporary productions, often with more daring content. With a wide range of shows to choose from, it's easy to find an appealing option to suit any group interest. The company maintains a solid relationship with group operators and offers discounts, add-ons, event planning, guided historic tours, and a dedicated, human-run call center to make booking a breeze.

If all of this isn't enough, there's one more thing: Little Canada. This highly detailed, miniature-scale exhibit gives visitors a wee glimpse of Canada—all under one roof. It's a fascinating opportunity to travel through this vast country in just a few short hours; one that's not to be missed!

This article originally appeared in the Nov/Dec '22 issue of Groups Today.

Photos Courtesy of Escape Bicycle Tours and Rentals and Canadian Museum of History. 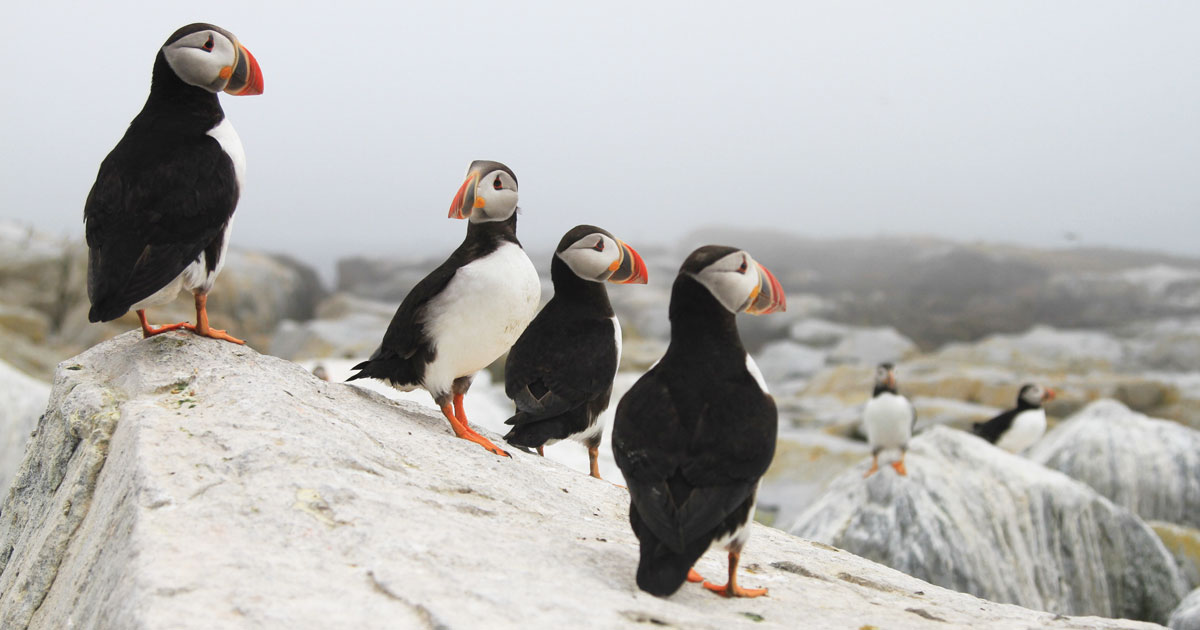 Looking for a Hidden Gem? 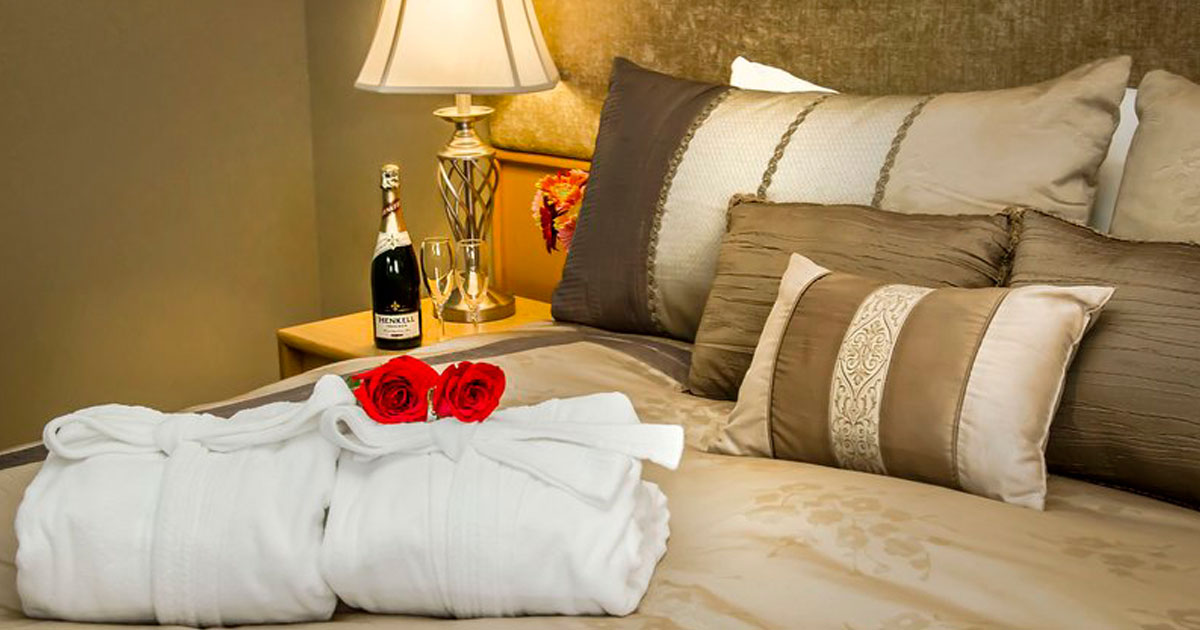