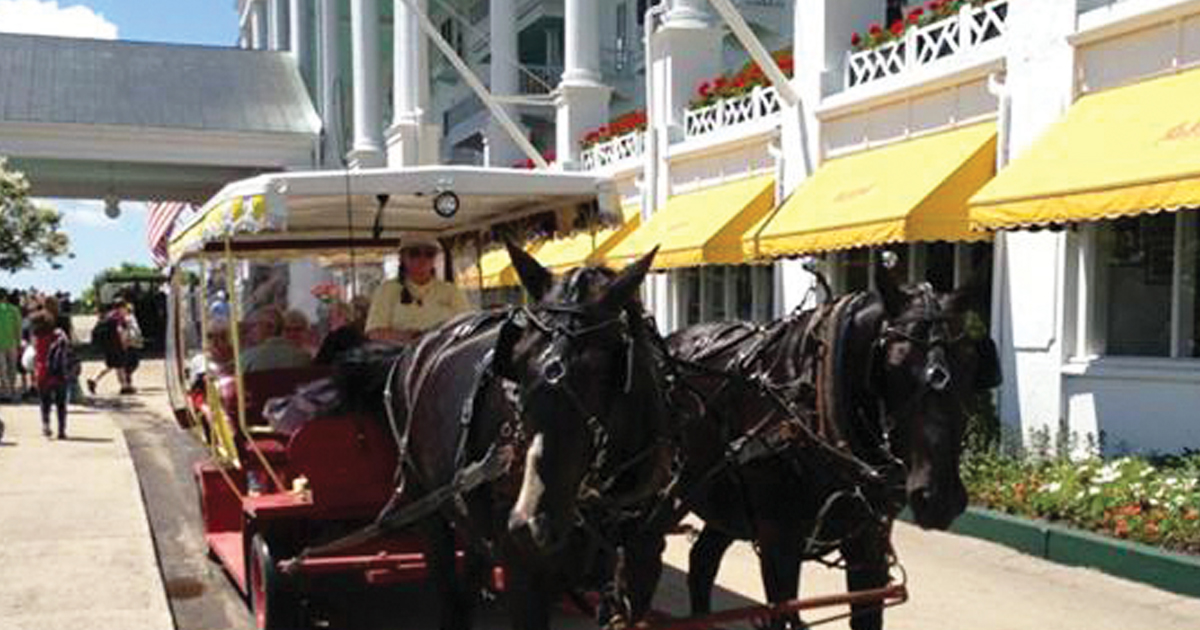 The Grand Hotel, built in 1887, was recently chosen by Groups Today readers as the top hotel in the Midwest. The hotel is located on Mackinac Island, which lies east of the Straits of Mackinac, where Lake Michigan and Lake Huron converge. The island is special for many reasons, one of which is the lack of automobiles. Bicycles and horses are the primary modes of transportation.

Mackinac Island's "lost in time" atmosphere is best exemplified by the island's most famous lodgings, the Grand Hotel, which boasts the longest front porch in the world. Looking out over green lawns, manicured gardens, and the Lake Huron shore, the Grand's porch is part of it historic charm. While no two of the 386 guest rooms are alike, unique themes define more than three dozen named rooms and suites, some of which are named after first ladies and famous political leaders. Several of the island's most popular restaurants are owned by the Grand Hotel, but it is the hotel's on site Main Dining Room that is most famous, both for its food and its requirement that gentlemen wear coat and tie, and women dress semi-formally, as well. "Every meal is an event," is their motto. For more information about the Grand Hotel, visit www.grandhotel.com.

Hotels considered for this award were nominated by fellow members, past award recipients, and honorees. A panel of experts judged and weighed the nominees in each category in order to determine a winner. Click here to see the complete list of honorees.