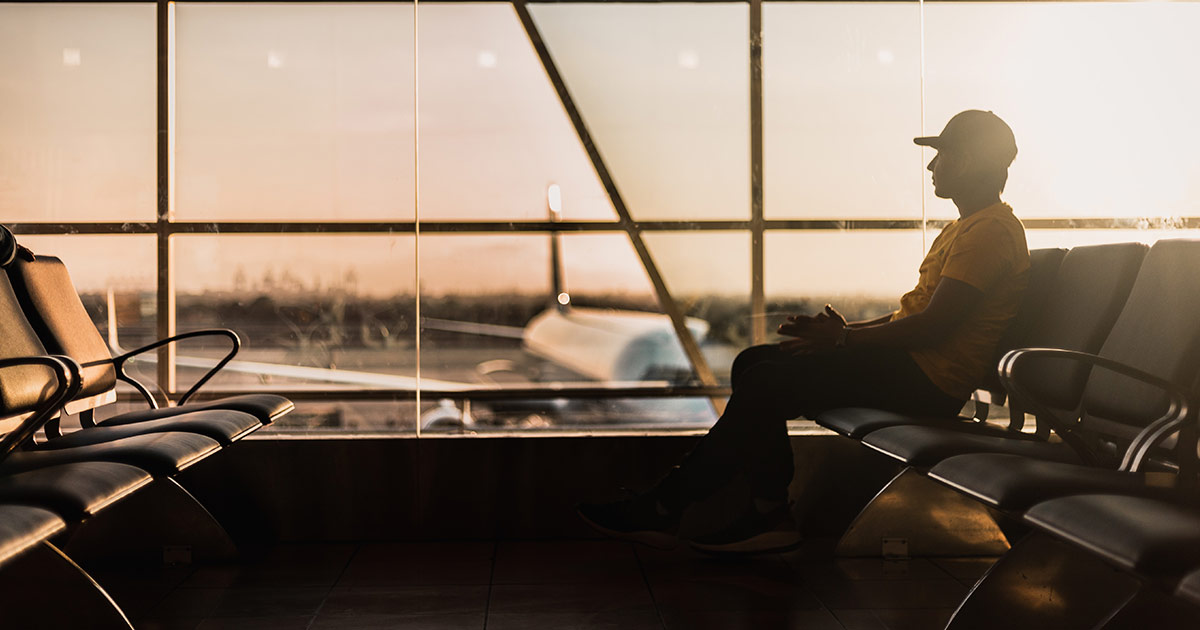 What to know about the driver's license you'll need to fly next year.

The Transportation Security Administration has begun verbally notifying travelers about the upcoming REAL ID deadline, less than a year away.

October 1, 2020, is the day the Real ID law will finally be enforced. Conceived as part of 2005 legislation in the wake of the 9/11 terrorist attacks, it requires people to show security-enhanced IDs to pass through airport security checkpoints or to enter certain federal facilities, such as military bases. (You will also be able to use passports or certain other federal documents as an alternative to a Real ID.)

Sometimes called the Star Card, because most states are marking their Real ID cards with a gold or black star in the top right corner, it also must include an encoded "machine-readable zone," like a passport's, with a person's scannable information. Many state driver's licenses already have this feature. The key thing that makes the card "special," is that the federal government requires you to provide certain identifying documentation to obtain one from your state.

"REAL ID implementation is a little more than a year away," TSA Acting Deputy Administrator Patricia Cogswell said in a statement. "Now is the time to prepare."

But the rollout has caused confusion for various reasons, so here are a few basics that are helpful to understand:

That all may sound simple enough, but, nearly 15 years after its conception, many people still are unable to get their new cards. While some states and Washington, D.C., have been issuing Real ID cards for several years now with little fanfare, others (including Maine) have only recently made Real ID available—and a few are still working on it. Oregon and Oklahoma won't begin offering the cards until mid-2020.

You can check your state's status on the U.S. Department of Homeland Security's site, which has a color-coded clickable map, though you'll find more detail on your state government's site.

Many states have delayed getting the cards in circulation because some residents and legislators worried that Real ID was a way for the government to collect personal information for a national database. State lawmakers in Idaho, Oklahoma, Kentucky and elsewhere even passed laws banning their motor vehicle departments from implementing the new federal requirements and now are playing catch up to meet the upcoming deadline (which was meant to be January 22, 2018, but delayed with all the foot-dragging).

In Kentucky, privacy concerns were initially an issue, says Naitore Djigbenou, director of public affairs for the Kentucky Transportation Cabinet. But, she adds, "We've communicated to people that this is a state-maintained card. There's no national database or anything." Kentucky, which still offers old-style driver's licenses, has started issuing optional Real IDs in certain counties, but hasn't announced when the new cards will be available statewide.

The DHS website stresses, "Real ID is a national set of standards, not a national identification card," and each jurisdiction "maintains its own records, and controls who gets access to those records and under what circumstances."

For some people, getting the proper paperwork is a problem because their birth or marriage certificate isn't actually from the state and therefore not sufficient. In Maryland residents who are 65 or older are allowed to submit other documents in place of a birth certificate, including military discharge paperwork, says Christine Nizer, administrator of Maryland's Motor Vehicle Administration: "We wanted to provide alternatives to make the process as easy as possible." The state has an online document guide to help residents figure out what's needed.

Getting the Word Out

Many people remain unaware of, or are simply confused by, the new rules, and the clock is ticking.

The Department of Homeland Security has called on travel agents to begin asking their customers whether they're Real ID compliant, and is stepping up its public education campaign.

This article has been republished with permission and originally appeared at AARP.