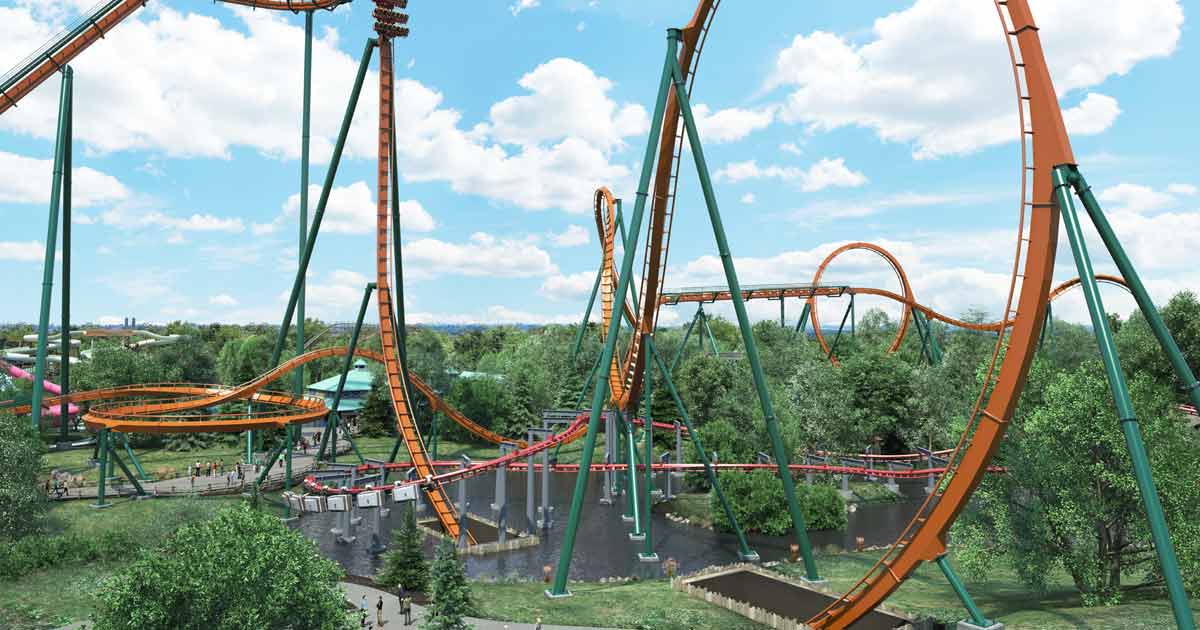 The fastest, longest, tallest dive coaster is coming soon, for thrill-seeking youth groups who are ready to take the plunge! Learn more about the Yukon Striker at Canada's Wonderland.

Over three minutes of dives and top speeds of 80 mph? No problem!

Inspired by men and women venturing into the untamed wilderness of Northwest Canada in search of gold in 1897, Yukon Striker at Canada's Wonderland gives student groups a ride of a lifetime they won't soon forget. Situated in the newly themed area Frontier Canada, Yukon Striker will be Canada's first dive coaster and the park's 17th coaster, placing Canada's Wonderland among the world's top three amusement parks with the most roller coasters.

While traveling the exhilarating journey along Yukon Striker's 3,625 feet of mountainous track, students will also be treated to a spectacular view stretching to the Toronto skyline.

The coaster offers floorless stadium seating for enhanced visibility with three rows of eight riders, as well as a suspenseful "hold and dive" element that pauses the train for three seconds over a 90-degree drop into an underwater tunnel. Don't forget the complete 360-degree loop—a never-before-seen feature on a dive coaster. The faint of heart have been warned!

To learn more about the highly anticipated coaster and book your group's next trip, visit Canada's Wonderland.