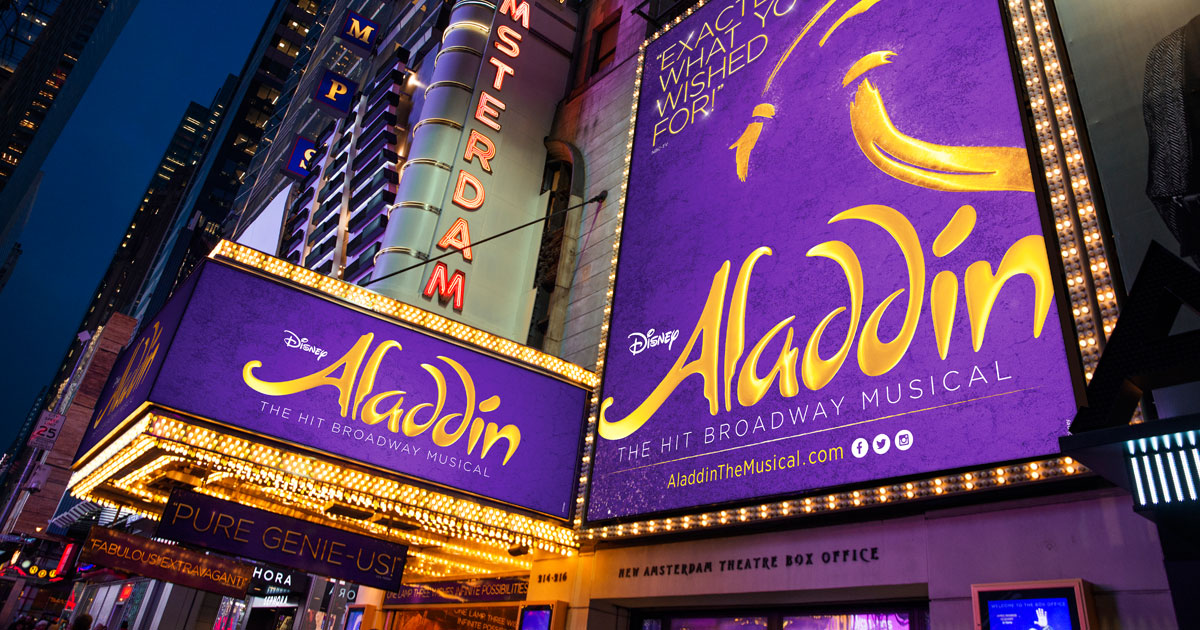 ALADDIN continues to welcome groups from around the world to experience one of Broadway's biggest hits. Here are five reasons ALADDIN on Broadway is exactly what groups wish for!

1. A TONY®-WINNING PERFORMANCE THAT BRINGS DOWN THE HOUSE
From the moment he pops out of the magic lamp to the end of the Genie's showstopper "Friend Like Me," James Monroe Iglehart delivers 11 minutes of "Pure Genie-Us" (USA Today). And it's met with thunderous applause, every night!

2. SONGS FOR ANY TOUR GROUP PLAYLIST
In addition to the five songs that appeared in the 1992 film—including the Oscar®-winning #1 hit "A Whole New World"— the Broadway show includes four new songs and three songs that were written for the film but not included due to running time.

3. AN EYE-POPPING COSTUME PARADE
In the show's glittering "Prince Ali" number, costume designer Gregg Barnes and the cast pull off an utterly astounding feat: There are 71 costumes in this one song alone, with 47 quick changes. The Associated Press calls it "perhaps the most exciting 3½ minutes on Broadway!"

4. OVER TWO MILLION FANS
Now celebrating more than two years on Broadway, ALADDIN is the hit musical that has been seen by over two million guests worldwide. The New York Times calls this unforgettable theatrical event "Fabulous" and "Extravagant." Now, it's your turn to experience it!

5. A GLOBAL SENSATION
New productions of ALADDIN have opened in Tokyo, Japan, and Hamburg, Germany, to ecstatic acclaim. And there's more to come! The show just bowed in London's West End and will soon premiere in Sydney, Australia, with a national U.S. tour launching in Chicago in 2017.

Groups are available for parties of 20 or more. To book your group, visit DisneyTheatricalSales.com or call 800.439.9000.