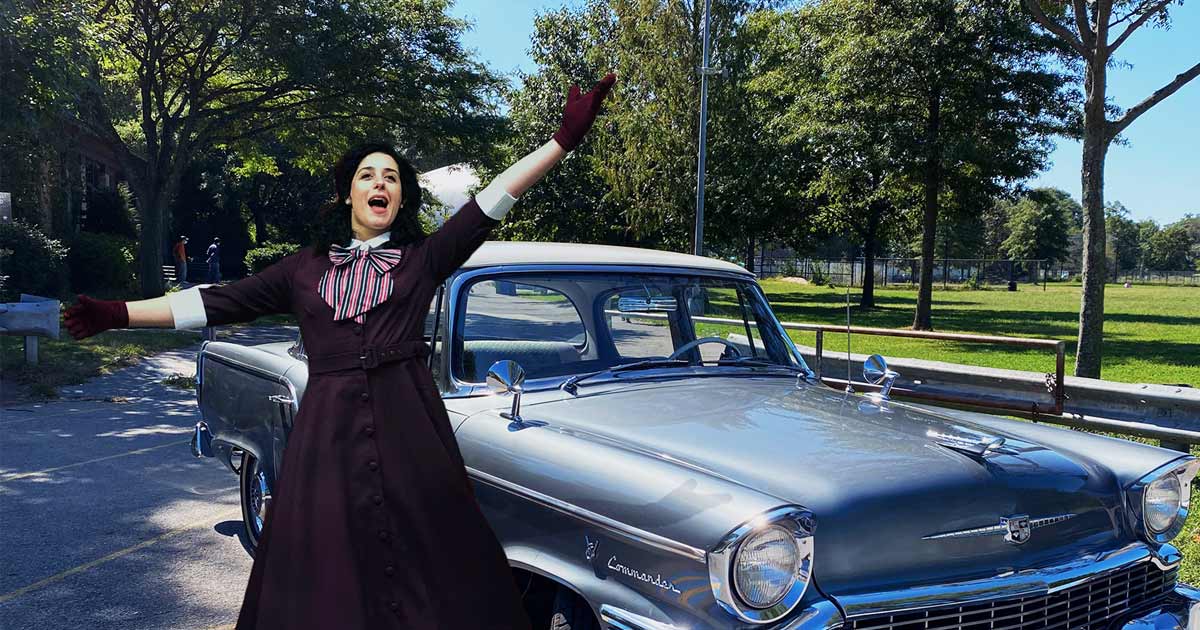 Fans of Amazon Prime's The Marvelous Mrs. Maisel have much to be thrilled about, thanks to On Location Tour's show-themed experience in bustling New York City. Get your best '50s outfit and red lipstick ready!

While on Mrs. Maisel's Marvelous Tour of NYC, smaller groups will have the opportunity to view the swanky locations used in the series, all while sitting in the same car from the show: a 1957 Studebaker Commander, which is cleaned before and after use. The private tour, which requires masks, gives insider knowledge as to how the show's crew was able to transform present-day NYC into its 1950s glory.

Fans will have a chance to see plenty of recognizable locations from the series, like the comedy club where it all begins, where they could reminisce about Midge's debut performance when she's on "Cloud 9." From there, they could have a coffee where Abe, Midge's father, meets with his lawyer in a tense scene from season 2.

Another notable visit on the tour is the historic cafe in the East Village where dreamboat Joel and Midge visit, in addition to the music store where Midge gets the old "dirty" comedy records to listen to. Groups could then stroll through the famous park where Midge uses her voice and joins a protest, before grabbing a bite at the Euro-American diner central to Midge and Joel's relationship.

Though perfect for fans of the show, the tour is also a great option for anyone looking to gain some insider secrets about filming a period television series.

Photo courtesy of On Location Tours.