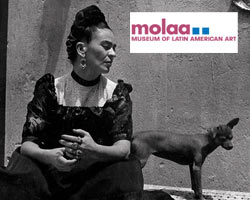 The Photographs of Manuel Carrillo

Mi Querido México (My Beloved Mexico), on display at the Museum of Latin American Art from May 16 to November 30, 2014, features Manuel Carrillo’s black and white photographs of his people and his homeland, which reveal the warmth of his personality and his love for his subject matter. “El Maestro Mexicano,” as he was known, imbued his photographs with humor and compassion. His images convey his affection for the people of Mexico—particularly rural people, the elderly, and children—along with the animals they held dear. His images also serve as social documentation, capturing the faces and moods of post-Revolutionary Mexico, as the country searched for its national identity.

Manuel Carrillo, born in Mexico City in 1906, came to the art of photography later in life. His first international exhibit, Mi Pueblo (My People) was displayed at the Chicago Public Library in 1960. Daily life in rural Mexico has been a constant theme in his work, which is included in the permanent collections of the Museum of Modern Art in New York City, London’s Victoria and Albert Museum, Chicago’s Museum of Contemporary Art, and many others. Carillo died in Mexico City in 1989, at the age of eighty-three.

Mi Querido México was curated by MOLAA president and CEO, Stuart A. Ashman. The exhibition is provided by Bank of America’s “Art in our Communities” program. The Museum of Latin American Art is located at 628 Alamitos Avenue, Long Beach, California, and is open Sunday, Wednesday, Thursday, and Saturday, 11 a.m. to 5 p.m., and Friday, 11 a.m. to 9 p.m. Admission is $9 general admission, $6 for seniors (65+) and students with ID, and free for children under twelve and for museum members. Free admission every Sunday is sponsored by Target.

MOLAA was founded in 1996 in Long Beach, California, and serves the greater Los Angeles area. MOLAA is the only museum in the United States dedicated to modern and contemporary Latin American art. For more information, call 562.437.1689, or go to www.molaa.org.