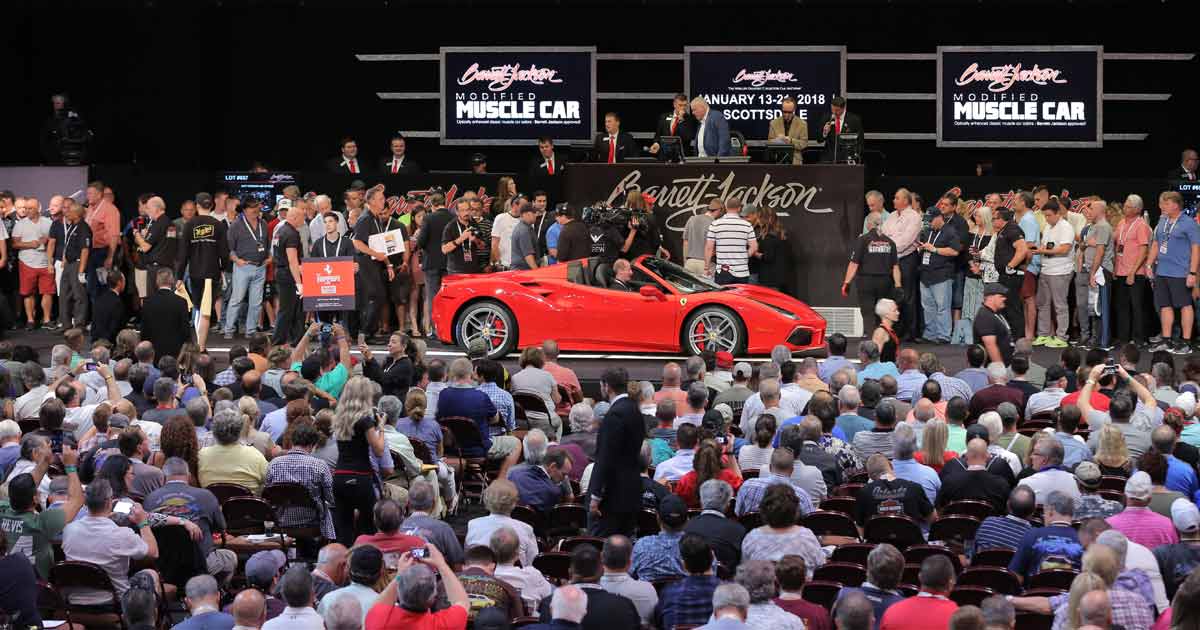 Named "America's #1 Attraction for Car Lovers" in the 2019 USA Today Reader's Choice Contest, Barrett-Jackson has been widely regarded as a barometer of the collector car industry. Enthusiasts from all over the world have flocked to the Barrett-Jackson collector car auctions for nearly 50 years, watching the auctions evolve over the years into world-class automotive lifestyle events where thousands of the world's most sought-after, unique, and valuable automobiles cross the block in front of a global audience—in person, and on live national and international television.

In addition to the millions watching the events via live, worldwide television coverage on the Discovery Channel and MotorTrend, over 70,000 people will be in attendance over the four-day weekend. They'll be looking to witness auction action at its best, capture the car of their dreams, mingle with celebrities, experience adrenaline-pumping thrill rides in the latest vehicles from America's top automakers—or shop in the vast Exhibitor Marketplace.

In its history, Barrett-Jackson has also raised over $118 million for a variety of charity and nonprofit organizations, including a historic sale at Mohegan Sun last June, when a last-built C7 Chevrolet Corvette sold for $2.7 million. The entire amount raised from the sale benefited the Stephen Siller Tunnel to Towers Foundation, a nonprofit organization supporting the nation's first responders and catastrophically injured service members.

The 2020 Northeast Barrett-Jackson weekend will take place in three main locations at Mohegan Sun: the winter parking lot, the 125,000 square-foot Earth Expo Center and the 10,000-seat Mohegan Sun Arena, where the exciting auctions happen. Tickets are on sale now through Ticketmaster and the Mohegan Sun Box Office. Discounts are available for seniors, military personnel and students. All must have valid ID present. Children ages 5 and under receive free admission!