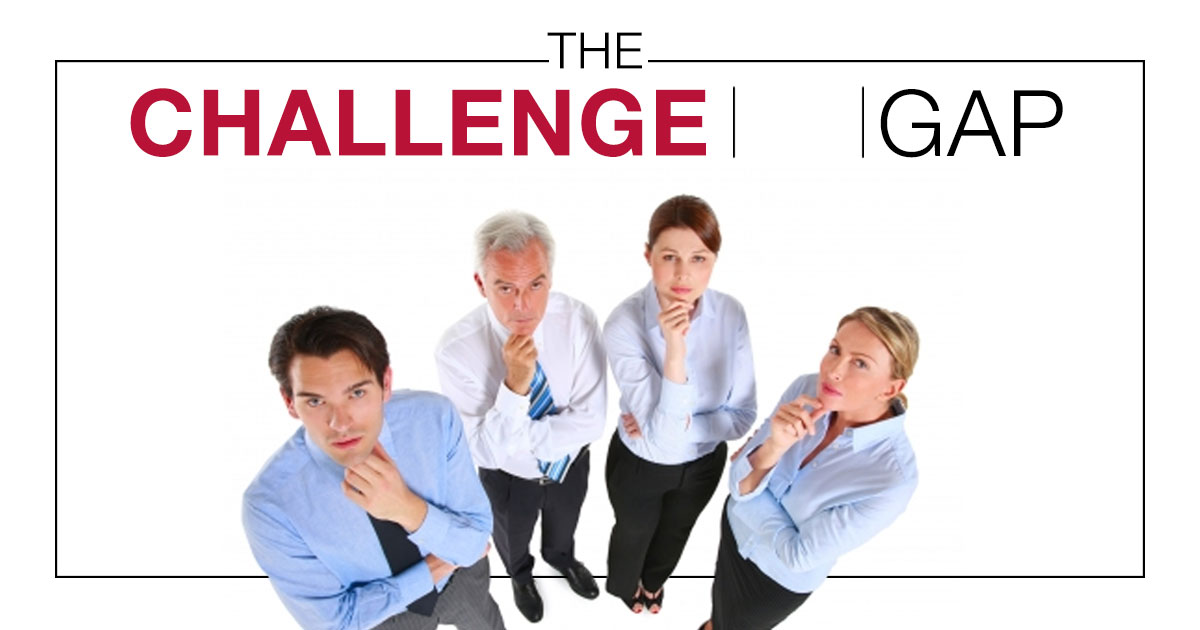 We now have five generations in the workplace. This never-before-experienced phenomenon provides an opportunity for even greater thought diversity in the workplace. Each generation brings unique thought traits to a problem or situation. To receive the most from generational diversity and to be productive, we need to acknowledge, understand, and engage all generations with whom we work.

Members of a generation encounter significant historical events and social trends while occupying the same phase of life. On November 22, 1963—months after proposing the progressive civil rights bill—President John F. Kennedy was fatally shot while riding in a motorcar parade. The dreadful event is among their first strong memories for many Baby Boomers, who recall exactly where they were when they heard the news. The assassination united and directed the generation, which became focused on civil rights issues.

Generations are profoundly shaped by the eras they encounter as children and young adults. Millennials, who came of age during the digital era, regard tweeting, texting, Facebook, YouTube, Google, and Wikipedia as parts of their everyday social, academic, and personal lives. In experiencing the digital era, Millennials developed a set of beliefs and behaviors around their social media.

All generations share certain common behaviors and beliefs. Generational beliefs and behaviors shape how a generation tends to think and react. Tapping into different generational viewpoints and valuing their alternative perspectives is key to getting the most out of a multigenerational workplace.

The Traditional generation (born approximately 1922 – 1945) is the workforce's oldest. The Great Depression, World War II, and the availability of vaccinations influenced them. They're disciplined, loyal workers who are socially and fiscally conservative. Many remain in the workforce because they enjoy working; some remain for financial reasons. Their life ex 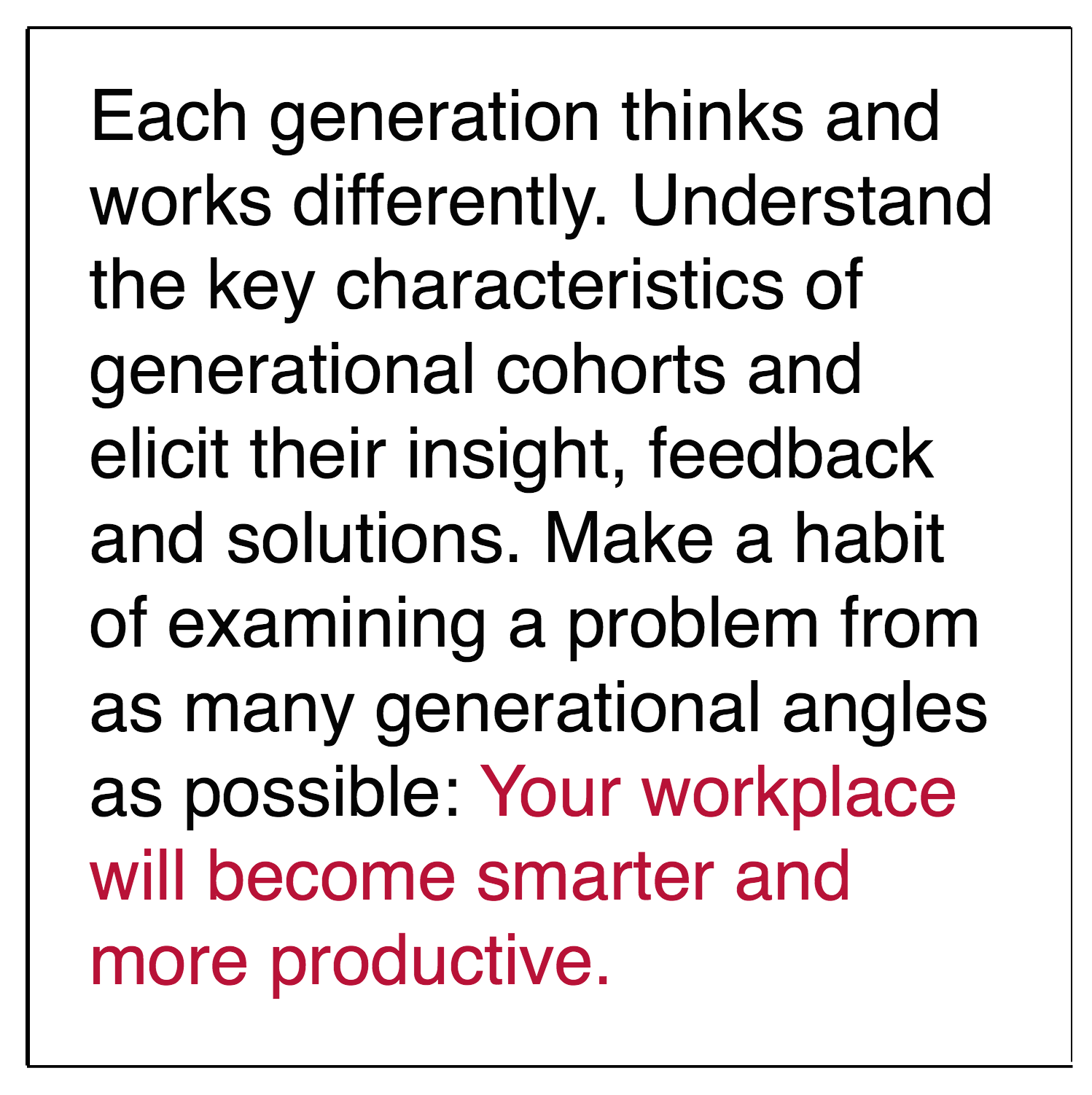 perience during difficult times makes them resourceful innovators to hands-on problems and gives them a vantage point others need to hear.

Baby Boomers (born approximately 1946 – 1964) are the next oldest. They experienced the Vietnam War, the moon landing, and Civil Rights on evening television. They value hard work and long hours as the means to success; they deeply value their work ethic. Baby Boomers had more educational and financial opportunities than previous generations, and developed reputations for being achievement-oriented, dedicated, and career-focused. Their generational perspectives were developed in an era of reform—and though they appear to support their workplace unquestioningly, they still question established authority systems and challenge the status quo. Baby Boomers may need to be coaxed to do this kind of critical thinking, which will help create and keep healthy work environments.

Generation X (born approximately 1965 – 1976) is the middle. They remember the fall of the Berlin Wall, the rise of AIDS, MTV music videos, and televised Gulf War strikes. After seeing their Baby Boomer parents divorce, lose a job, or burnout, Gen X learned to be independent, practical people who value freedom and responsibility in their work environments. Gen X-ers tend to be entrepreneurial, risk-taking, and ambitious, and could help your business explore new opportunities and uncharted territories.

Millennials (born approximately 1977 – 1998) are influenced by tragic events: 9/11, the Oklahoma City bombing, Columbine, other school shootings. They tend to be risk adverse, yet optimistic. They're the first generation to grow up with advanced technologies, using it in every aspect of their lives. Because they see a digitally and socially connected world, they're natural networkers. Many Millennials are intrigued when businesses address societal challenges. They could help your workplace have a social conscience.

Homelanders are entering the workplace, serving ice cream, taking tickets, making change, managing websites ... Though we can't assess a generation until after their formative years, we know Homelanders were raised with technology. They're "digital natives," growing up exposed to touch-screen computers and smartphones. They have high expectations for technology and expect ubiquitous access. Their unique relationship with technology makes them a great workplace resource.

Written by Tamara Rosier, Ph.D. This article was originally published in the January 2015 issue of West Michigan Woman magazine.