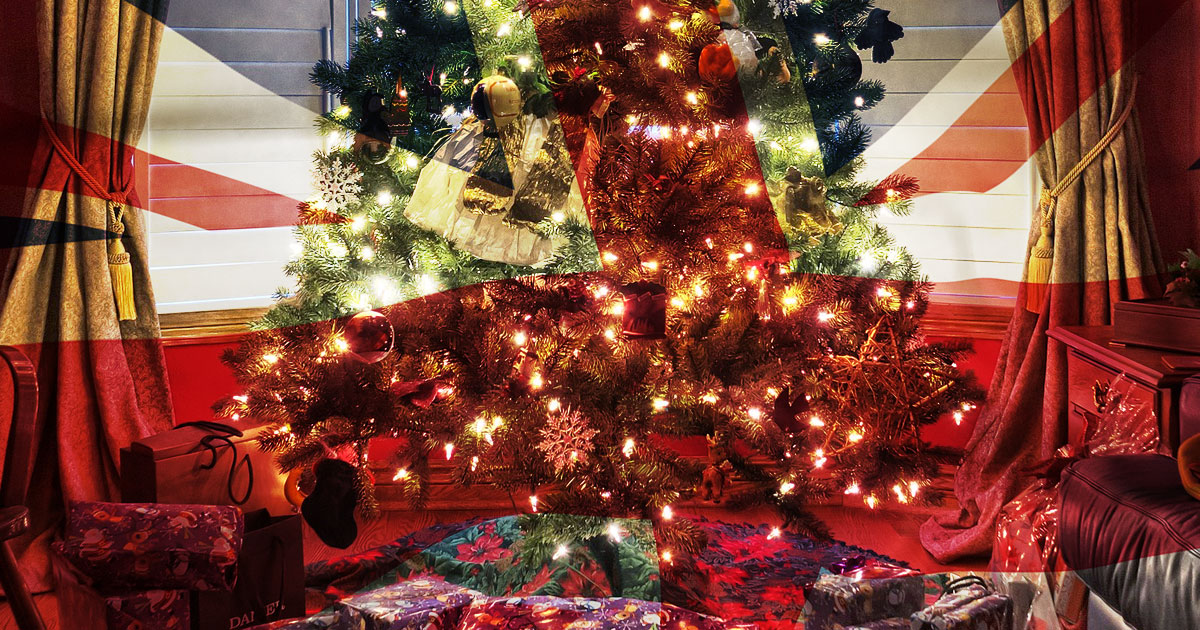 Wishing You a Very British Christmas

"Yes! Yes I do! I like Christmas! I love Christmas!" says Reginald Owen during his portrayal of Ebeneezer Scrooge in Edwin L. Marin's 1938 film adaptation of Charles Dickens' A Christmas Carol. Dickens' story isn't the only tradition the United States inherited from England for the holidays. In fact, many American Christmas traditions originate from across the pond. Here are some fun facts, a bit of history and some tips to "British up" your holidays.

1. In the United Kingdom, towns and cities are decorated with lights during the holiday season. The lights, such as the famous Oxford Street Christmas lights, are often switched on by a celebrity, like Craig David.

2. The typical British family has a Christmas tree in their house, and also decorates with holly, ivy and mistletoe.

3. Kissing under mistletoe is a Victorian tradition. Originally, the man was allowed to kiss any woman standing underneath mistletoe—and with each kiss, a berry was plucked from the plant. When all the berries were gone, there was to be no more kissing.

4. On Christmas Day, the main meal is usually eaten at lunchtime or during early afternoon. The meal is usually a turkey or the iconic Christmas goose, servied with potatoes, vegetables, stuffing, gravy and traditional bread sauce (a classic British sauce thickened with bread) or brandy butter. Dessert is typically Christmas pudding (a rich, dark pudding with dried fruits) or Christmas cake (fruit cake with icing).

5. British tables are decorated with Christmas crackers. Two people pull on the cracker, and it pops open to reveal a tacky tissue paper crown, a toy and a (usually terrible) joke. The crown is required to be worn.

6. After Christmas dinner, most Brits watch the Queen's speech on the "telly." In 1932, King George V read a special speech written by Rudyard Kipling on Christmas day. The broadcast was a smashing success and became a tradition. The speech, heard by millions, usually begins: "I speak now from my home and from my heart, to you all ..."

Written by Cassie Westrate, staff writer for Groups Today. Information sourced from Across the Pond Vacations.