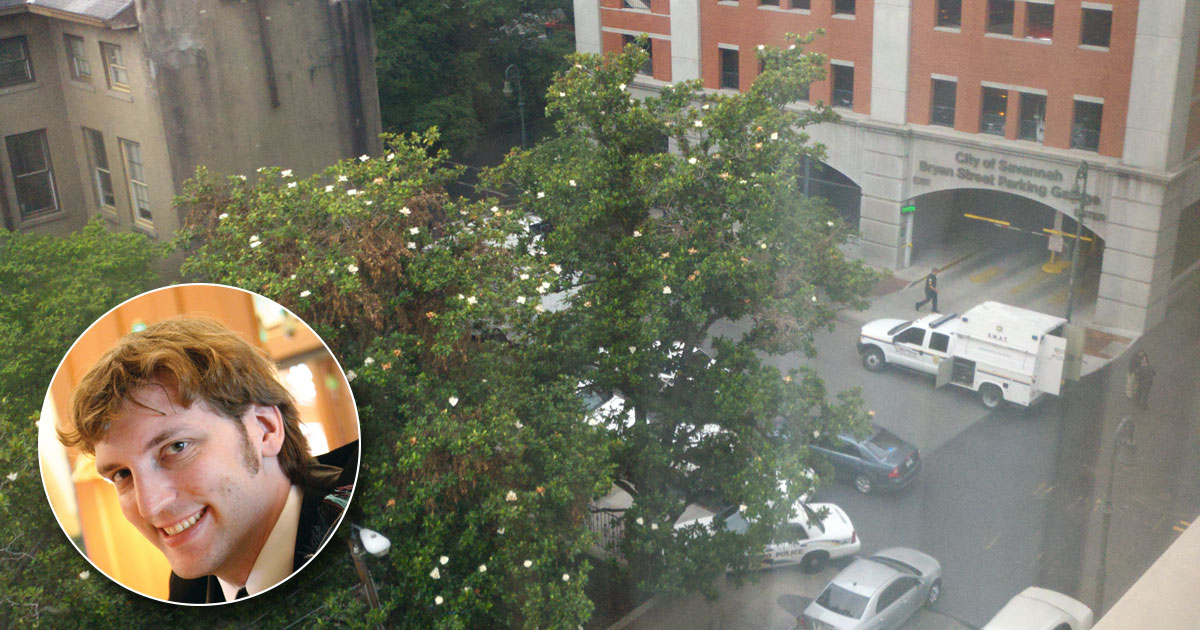 When people learn my wife and I own an outbound tour company, the reaction is always the same: "You have such a fun job!" they say—and it's true.

It is a job, however, and there are parts that are not as fun, from office work like writing contracts and itineraries, to surprises on the road such as construction closures or the Savannah SWAT Team outside your hotel.

Now, prior to the visit from the SWAT Team, we experienced two medical scares and a fire in the microwave; fortunately everyone was fine. On our last night in Savannah, Dea and I looked at each other and said, "Surely, nothing else could go wrong now!"

Oh, how wrong we were. We planned to depart at 3 in the afternoon, with the morning at leisure. During breakfast, three of our travelers bolted through the doors, breathing heavily. They told us that the police were warning people that there were gunmen running through the historic district, just blocks from our hotel! We decided to depart as soon as possible, before they closed the roads, and began calling our travelers.

"Did you see the SWAT Team?" one woman asked.

The mobile command unit was stationed outside our hotel! Another traveler at the rooftop pool was told to stay low and get to the elevators; as the doors started closing she saw the sniper team unpacking their cases.

We barely made it out of the city before the police closed the historic district, and we needed to stop for lunch. (The gunman was apprehended and no injuries were reported.) Our Savannah tour guide suggested a café in Dublin, Georgia. When we arrived, we discovered they had sold out of half of the menu, and there was only one hamburger left. After intense negotiations, we managed to feed all thirty-five of us. Not surprisingly, the restaurant closed a few months later.

On a recent tour to San Francisco, our flight was canceled and we had to rebook our entire group. One traveler remarked on how calm we were in the face of such challenges. Another traveler told her, "Oh, this is nothing for Dea and Declan. I was with them in Savannah, Georgia, when the SWAT team set up right outside my window ..."

Written by Declan Rutan, who has been working with his wife, Dea Hoover, in tourism since 2008. Rutan's blog is one in a series of contributions by Next Gens recognized in the January/February issue of Groups Today magazine.