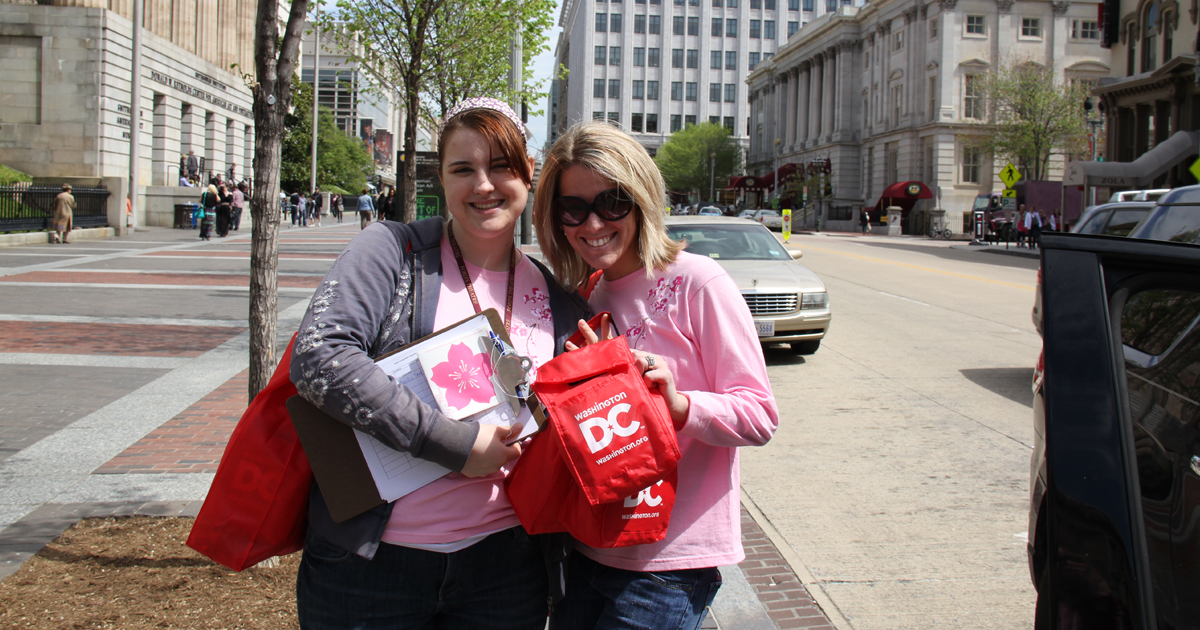 Appreciation: It Goes a Long Way.

Every year, Destination DC hosts a feel-good event called "DC Loves Buses" day. This is a day where the tourism industry in Washington, D.C., comes together to thank tour bus drivers for all they do to bring group business into the city. The drivers are surprised with goodie bags and lunch, provided by our industry partners.

This is, by far, my favorite day of the year, as I get to interact with various groups and also hear firsthand accounts from the drivers about how they view our city and what we can do to improve it for them. One of the most memorable moments was from the first year of this event.

One driver received a bag and many of his fellow drivers, whom he knew well, received goodie bags, too. During the course of his day, he lost his bag. Upon returning home, he had one of his fellow drivers give him my business card that was in their bag. While he took off on another run, his wife called me to see if he could get another bag. When she called, my heart melted, as she was so appreciative that someone reached out to the drivers in the city to thank them for their service. She offered to come out the following year with her friends to make the effort even bigger. Needless to say, she got more than one bag for her husband's return. The best part to the story is, the following year, we bumped into this sweet driver again and he was delighted to see our teams out in force once again.

You may not realize it, but setting up your utilities may
be a little difficult, so take the necessary steps to ensure you
have success. Also, thing such as computers, mobile
phones, and i - Pods can be covered if you choose to do so.
Quote
0 #3 Best Wordpress Host 2014-10-13 16:51
Appreciation to my father who informed me concerning this blog, this weblog
is in fact amazing.
Quote
+1 #2 Elaine Hart 2014-09-11 15:47
What a great thing to do for drivers! I'm sure our drivers would really appreciate the gesture. Thanks Morgan!
Quote
+3 #1 Linda Jeffries 2014-09-11 10:21
Morgan has done a great job organizing this event each year and we at the Newseum share her sentiment in personally thanking the coach drivers we meet that day. Thank you to all who participate and to the drivers who bring the visitors to Washington, DC.
Quote
Refresh comments list